Guru Purnima – On 16th July, the school students celebrated ‘Guru Purnima’ in the school premises. On the occasion, all the teachers were honoured with ‘Tilak and Shrifhal (Coconut)’.

Mehndi Competition: On the occasion of Rakshbandhan on 12th Augst 2019, Mehndi competition was organised under the direction of Smt. Mamta Upadhyay, in which students drew various beautiful mehndi designs. The event was judged by the Principal and a team of teachers and following was the result: 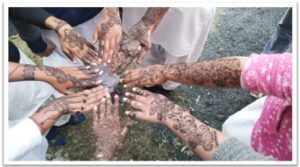 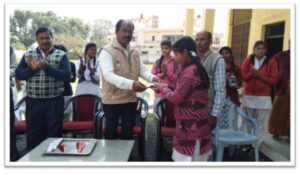 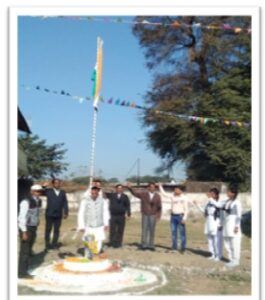 Teacher’s Day – On 05th September, ‘Teacher’s Day’ was celebrated in the School. The students honoured their teachers by applying ‘Tilak’ to them and then students presented beautiful cultural performances. 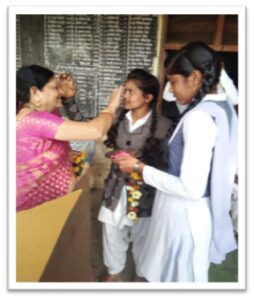 Gandhi Jayanti – On 02nd October, Gandhi Jayanti was celebrated in the School. On this occasion, drawing and Essay completion was held for the students and they were made aware about the teachings of Mahatma Gandhi on ‘Hygiene and Cleanliness’. Lastly the students were motivated to keep their school and home surroundings clean. 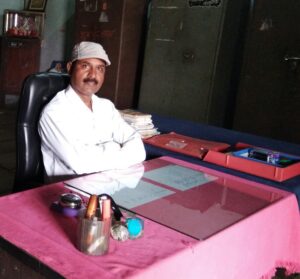